Why some swans have yellow legs and feet

Yellow/orange legs indicate the rare leucistic color phase. Leucistic Trumpeter Swans are white at hatch, do not go through the gray juvenile plumage phase, and often have very bright yellow legs as adults. They are not albino- notice the black bill and eyes.

Tundra juveniles are brighter silvery gray with black legs and feet.  Their feathers begin turning white in late December. By mid-March they are nearly all white.

Trumpeter bills are black at base and tip with a pink middle early on, turning black over their first year.

Tundra bill color is usually mottled pink with black tip, with less black at the base than Trumpeters.

Juvenile bill color in winter gradually shifts to all black in both Trumpeter and Tundra Swan species.

Mute swan cygnets have black bills, shifting to orange and black at maturity.

Trumpeter Swan cygnets through year one 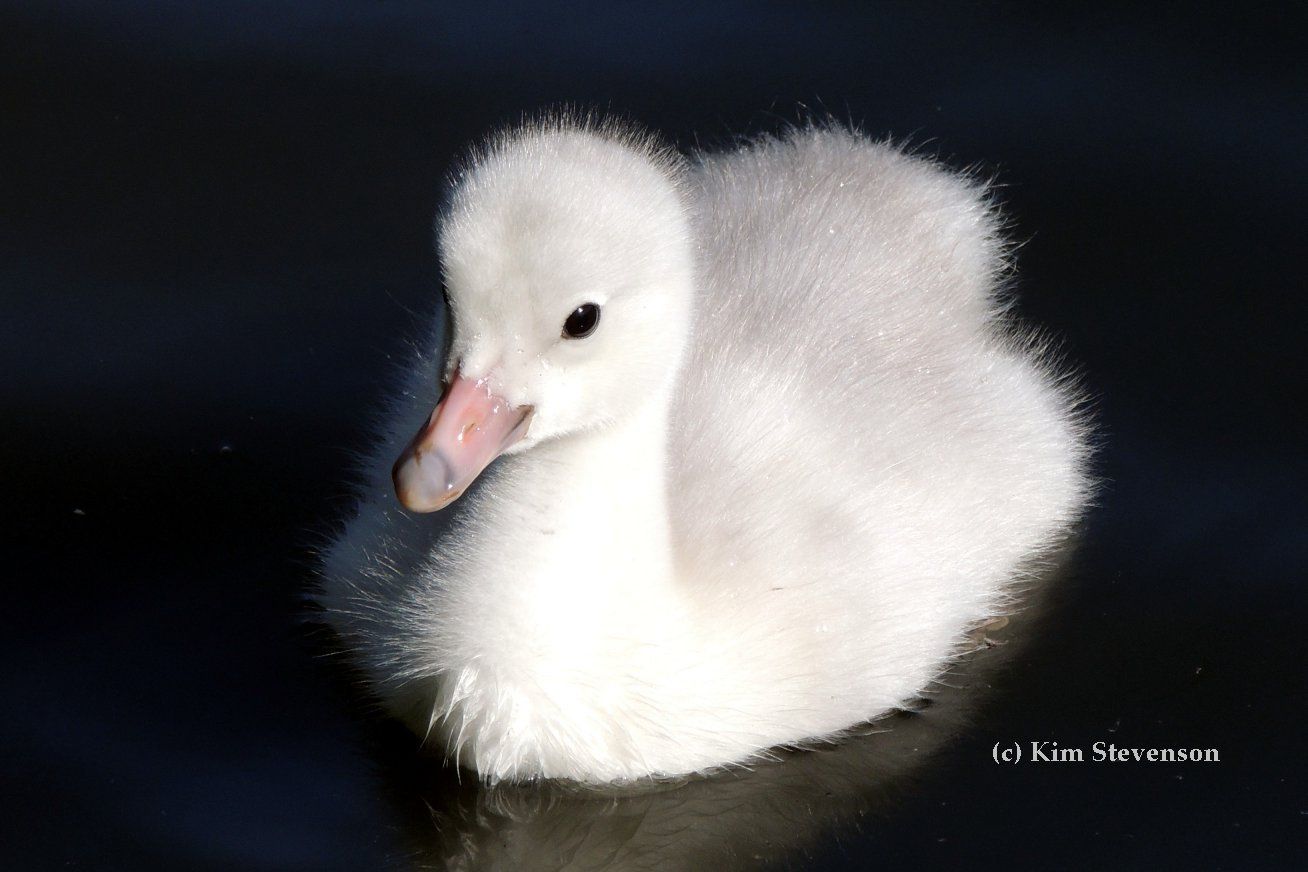 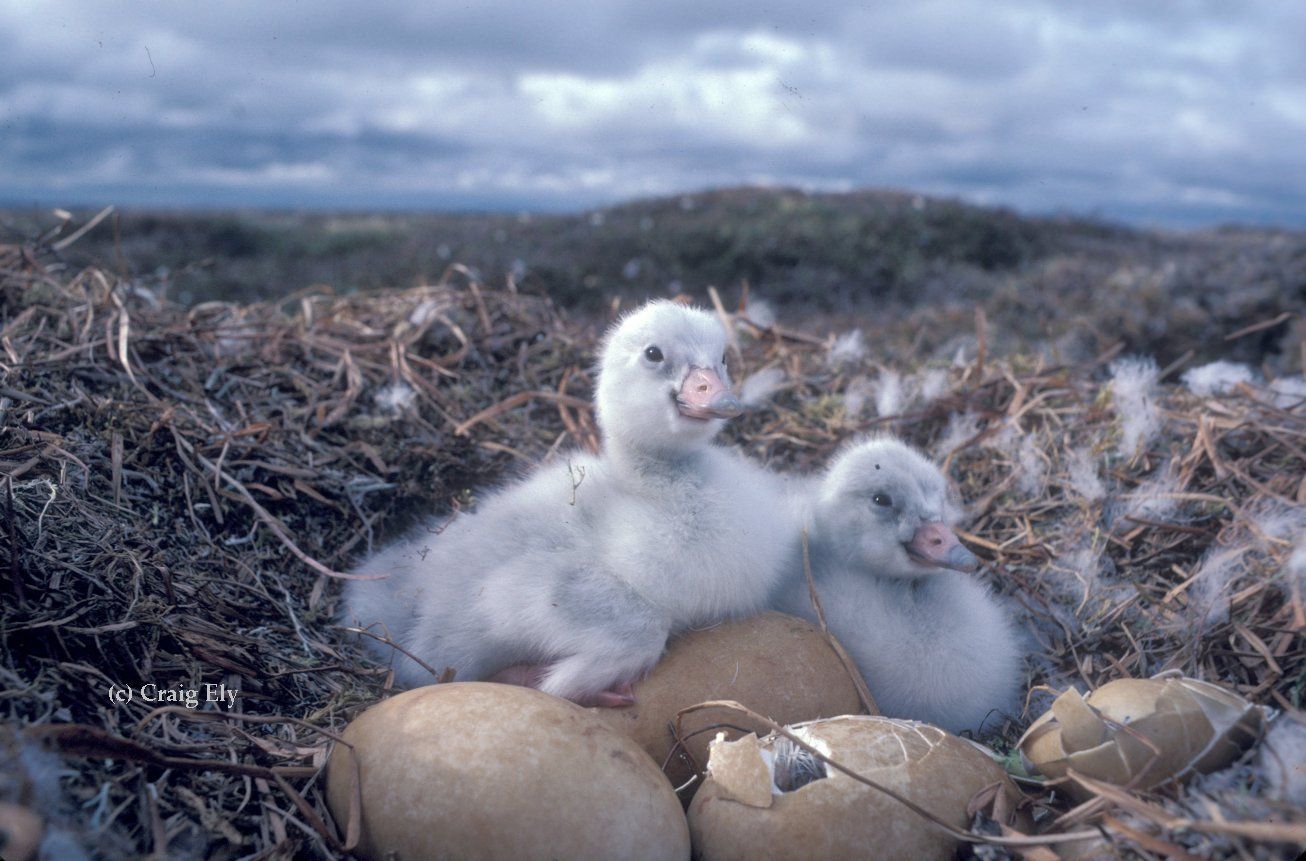 Tundra Swan cygnets at hatch on the tundra.
Photograph by Craig Ely

Explore the migration routes and range maps of Tundra Swans, Trumpeter Swans and other swan species 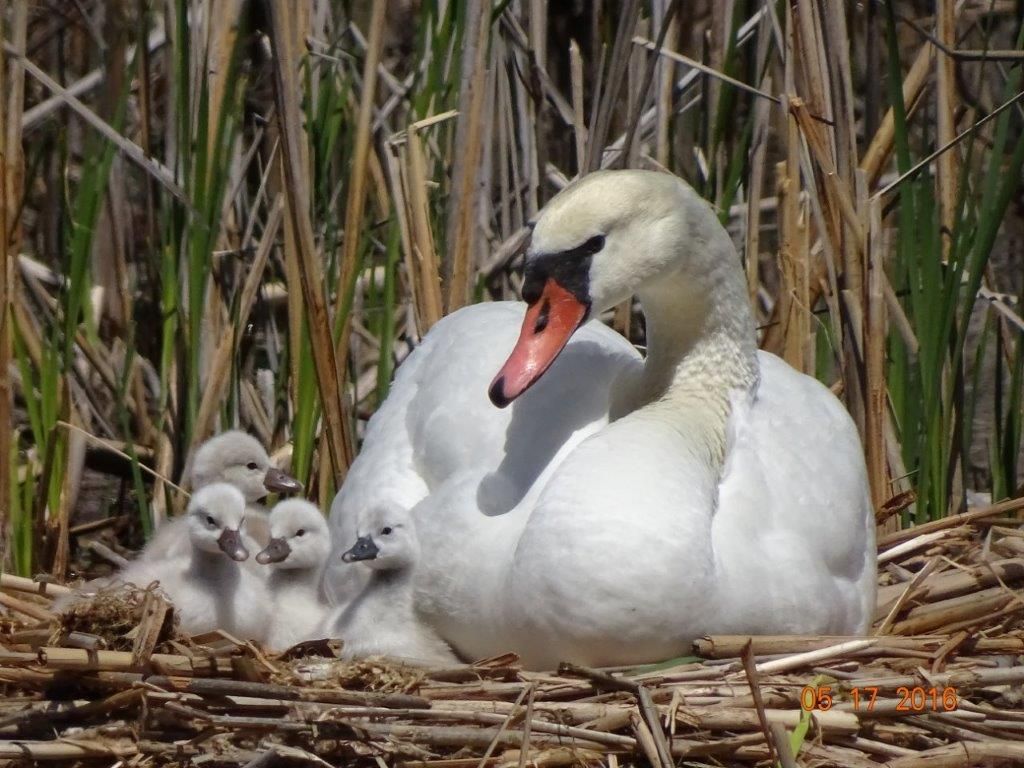