"I was overwhelmed when I saw the elegant pair of Trumpeter Swans fly past my window with such natural grace and ancient testimony to a past we can only imagine. To be a member of your Society is the best support I can give to these rare and amazing creatures." 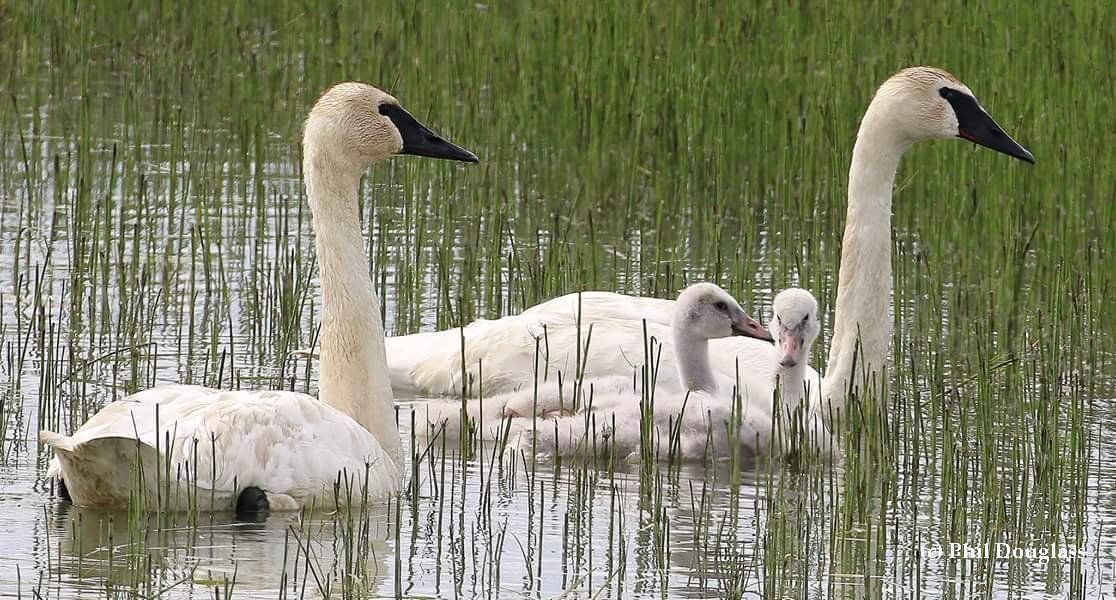 In 2015, there were a reported 24,240 Trumpeter Swans in the PCP, with 91% in Alaska and 9% in western Yukon and northwestern British Columbia. Most of these swans winter in Washington and British Columbia.

The major threats facing Trumpeter Swans in the PCP are:

TTSS is committed to addressing these important issues. We need your help. 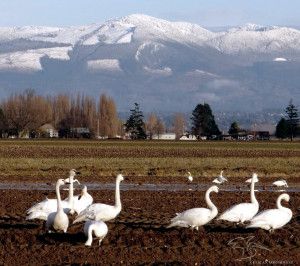 The loss of quality wintering habitat is one of the most critical and immediate challenges facing the Pacific Coast Population.

We have identified important wintering sites and habitat protection strategies. With your support, TTSS can continue working diligently and cooperatively with stakeholders such as farmers, dairymen, agencies, and conservation groups to secure and protect quality wintering swan habitat.

TTSS has a long history and commitment to addressing lead poisoning in the region. We strongly encourage hunters and anglers to switch to nonlead, nontoxic ammunition and fishing equipment. Help "Get the Lead Out." TTSS is also committed to working with utilities to reduce the number of bird collisions with powerlines. Your support makes that possible.