MICHIGAN: "Tens of thousands of trumpeter swans once flourished in the Great Lakes region. But widespread hunting brought the birds to the brink of extinction, and the species was wiped out in Michigan over 100 years ago. A decades-long effort spearheaded by the W.K. Kellogg Bird Sanctuary at Michigan State University has helped bring trumpeter swans back to the Great Lakes — and now, if you’re lucky, you might just catch a glimpse of these protected birds in the wild." Read more...

OREGON: "Eloise, the most prolific trumpeter swan in Oregon’s breeding program, has died of natural causes at her home at the Lake Aspen Golf Course in Sisters.

“I’m personally convinced she died of a broken heart,” said Robin Gold, a wildlife rehabilitation expert who lives in the Aspen Lakes neighborhood and cared for the swan pair.

Eloise and Pete produced 15 young in the past three years. The pair boosted an effort to repopulate the species, which is still recovering from near extinction at the turn of the 20th century." Read more...

NEVADA: Ruby Lake National Wildlife Refuge is both a home and stopover to thousands of migratory birds. "There are many things to do at Ruby Lake National Wildlife Refuge, locally known as the “Ruby Marshes.” Birding sits at the top of the list for some. There are at least 225 species. ..The refuge is considered the most remote national wildlife refuge in the contiguous states...Depending on the time of year, we could have both trumpeter and tundra swans on the refuge,” said Ruby Lake wildlife biologist Jane Bardolf. “During the breeding season, we just have a few trumpeter swans.” Read more... 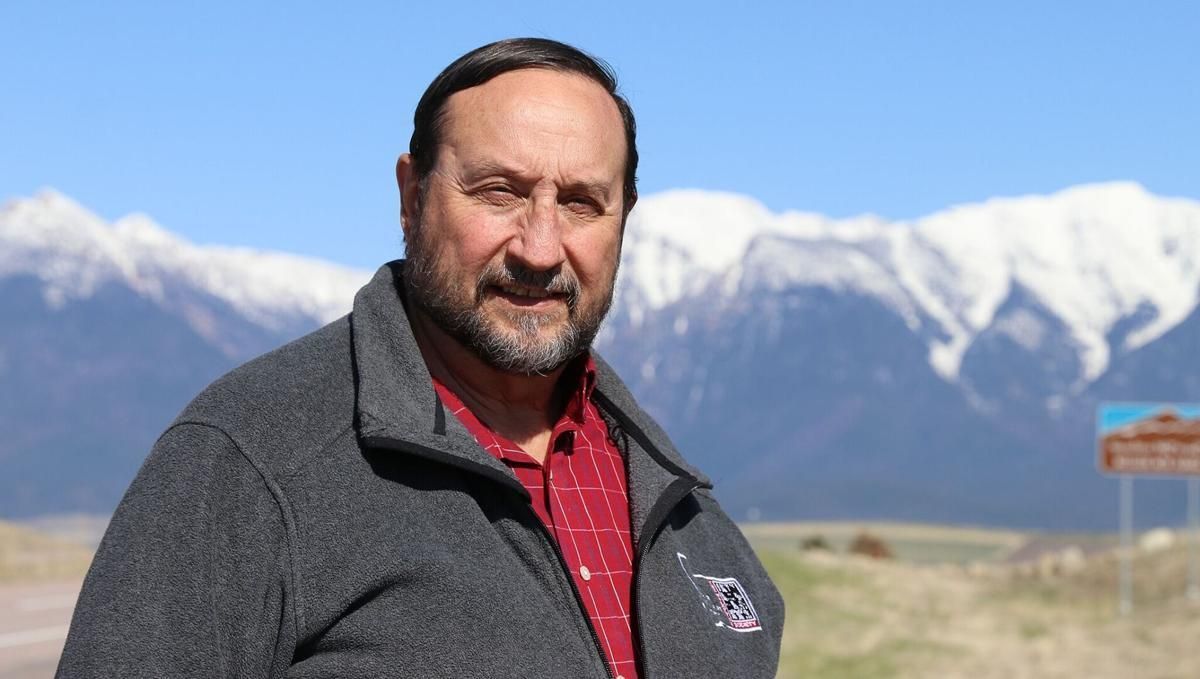 MONTANA: "In the early 1990s, the CSKT, U.S. Fish & Wildlife Service, and Montana FWP began discussing how to return trumpeter swans to western Montana after the bird’s century-long absence. Beginning 1996, Becker led the re-introduction of trumpeter twans on the Flathead Reservation and in north western Montana...t was important to the Tribes’ two Elder committees that we replace this important missing piece of the region’s bio-fauna.”

“When you look up, and see trumpeter swans passing over, that’s Dale,” McDonald said. “They are a part of his legacy.” Read more...

The 'profound, beautiful' waterbirds that have been brought back from the brink

ALBERTA: "Known for their shyness, it's not easy to get a good glimpse of the largest migratory bird in North America. But that means that when it happens, it's all the more impactful. Naturalist Brian Keating said over the last couple of years, he has seen trumpeter swans in the city of Calgary flying up and down the Bow River. When it happens, he said it fills his heart with joy...In Keating's view, the increased presence of the trumpeter swan in the province is one of the real success stories in Alberta's backyard." Read more...

OREGON: "The new female trumpeter swan at the Sunriver Nature Center has been named Valentina, or Val for short, since she was brought to the center just before Valentine’s Day. The nature center received several name suggestions after the swan was introduced Feb. 10 to Gus, the resident trumpeter swan who was alone since last fall when his mate, Gracie, was found dead from a likely coyote attack." Read more...

On The Trails: Eagle Beach at equinox time

ALASKA: This article has great information about Trumpeter Swan facts. Check it out! "On the nesting grounds, they choose freshwater marshes, ponds, and small rivers, building nests on beaver dams and lodges, hummocks, and platforms of floating vegetation. The nests are typically surrounded by water, giving them room for a running take-off when departing. Both male and female work on nest-building, both birds collecting material but the female doing most of the construction. The big eggs are laid at intervals of one and a half to two days (not daily, as in most birds). Both members of the pair incubate the clutch of (usually) four to six eggs, but neither develops an incubation patch on the body…they incubate the eggs with their huge, well-vascularized feet! " Read more...

NEW YORK: "Well, it finally arrived. Spring! How do I know? The geese and swans told me...This year the swans really put on a show for wildlife lovers. More swans showed up than ever before (I’d estimate about 200 at first) and they parked themselves right in this small marsh for the whole world to see. They began to arrive on March 9th and only recently began to moving north about March 17th." Read more...

MICHIGAN: Upper Peninsula. "As has been mentioned before in this column, the trumpeter swan is an endangered species success story, going from the edge of extinction in the 1930s to an estimated 63,000 in 2015. Yet they still face risks, from fatally ingesting lead shot while feeding to colliding with power lines to having “the lowest genetic diversity of any waterfowl species that has been studied,” according to the non-profit Trumpeter Swan Society, www.trumpeterswansociety.org." Read more...

Trumpeter Swans returning to Ohio thanks to tax donation program

OHIO: After years of dedicated conservation work by the Ohio Department of Natural Resources (ODNR) Division of Wildlife and its partners, trumpeter swans once again nest in the Buckeye State.

This work is made possible, in part, by Ohio’s annual tax donation program. This is an important way for wildlife enthusiasts to help contribute to restoring and managing endangered and threatened wildlife, including trumpeter swans. Funds from the income tax donation program go directly to projects that protect Ohio’s wildlife and natural areas. By making a tax donation to the Wildlife Diversity Fund on this year’s tax form, Ohioans are helping to ensure the future of Ohio’s ecosystems, supporting research on trumpeter swans, monarch butterflies, lake sturgeon, hellbenders, and more. Read more...

MINNESOTA: The small bits of fishing tackle lead, which have been building up on lake bottoms for decades, are poisoning and killing trumpeter swans, loons, bald eagles and other wildlife.

Swans and loons are especially vulnerable to lead poisoning from tackle, diving to the bottoms of lakes to scoop up small slip shots and other sinkers as if they were gravel to grind up and help digest their food.

"If they accidentally swallow even one lead slip shot or jig, they die," said Carrol Henderson, who headed the Minnesota Department of Natural Resource's Nongame Wildlife Program for more than 40 years until his retirement in 2018.

A lead ban is long overdue, he said.

Rep. Peter Fischer, DFL-Maplewood, introduced the proposed ban this week to a House environmental committee. It would prohibit the production and manufacture of small lead jigs and sinkers in Minnesota by July 2024, and outlaw the use of any lead tackle that weighs an ounce or less by anglers starting in 2025." Read more... 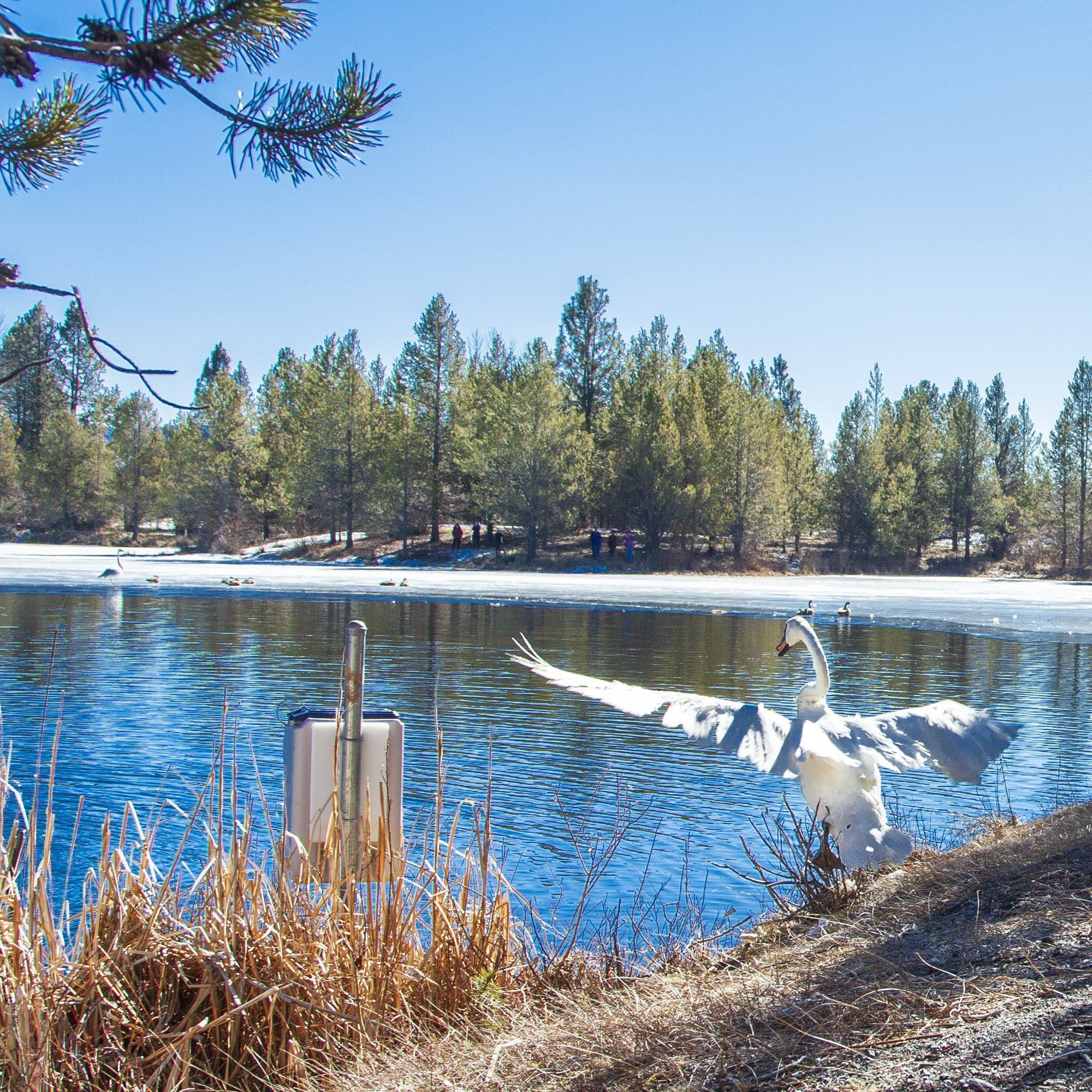 OREGON: With a crowd of onlookers on hand, a new adult female trumpeter swan was released onto Lake Aspen in Sunriver Wednesday afternoon, a special pre-Valentine's Day arrival and gift of sorts for another swan who recently lost his mate.

The new swan is intended to be a mate for Gus, the resident male swan whose previous mate, Grace, died in October. The pair of swans is cared for year-round by Sunriver Nature Center & Observatory and is a part of Oregon’s Trumpeter Swan Restoration Program. Read more...

MINNESOTA: Two state lawmakers from Maplewood, with the strong support of north metro watershed districts, have again introduced legislation to remove toxic lead from fishing tackle...Two Maplewood DFLers, Sen. Charles Wiger and Rep. Peter Fischer, introduced bills in January to ban the sale and use of lead fishing jigs and sinkers...According to one estimate, as many as 25% of loon deaths nationally are caused by lead poisoning, Amoth said. While finding a large dead swan in a popular suburban park is sad and memorable, it's just a small example of the death toll. Read more...

Trumpeter swans, once nearly extinct in the lower 48, now winter at the confluence of the Mississippi and Missouri rivers by the thousands

MISSOURI: "Trumpeter swans, once nearly extinct in the lower 48, now winter at the confluence by the thousands. The continent's biggest native waterfowl has been flocking to Riverlands Migratory Bird Sanctuary—and winning a fanbase." Read more...

OREGON: "The most prolific trumpeter swan pair in Oregon’s breeding program experienced a tragic turn of events Saturday when the male, Pete, died from a bacterial infection. Pete and his mate, Eloise, produced 15 young at Sisters golf course that were released into the Oregon wild." Read more