"I have witnessed trumpeters flying into a wetland unexpectedly out of the winter sky - it is magical." J.C.

"You do amazing miracles for these magnificent birds. Thank you for everything and all your progress." G.H. 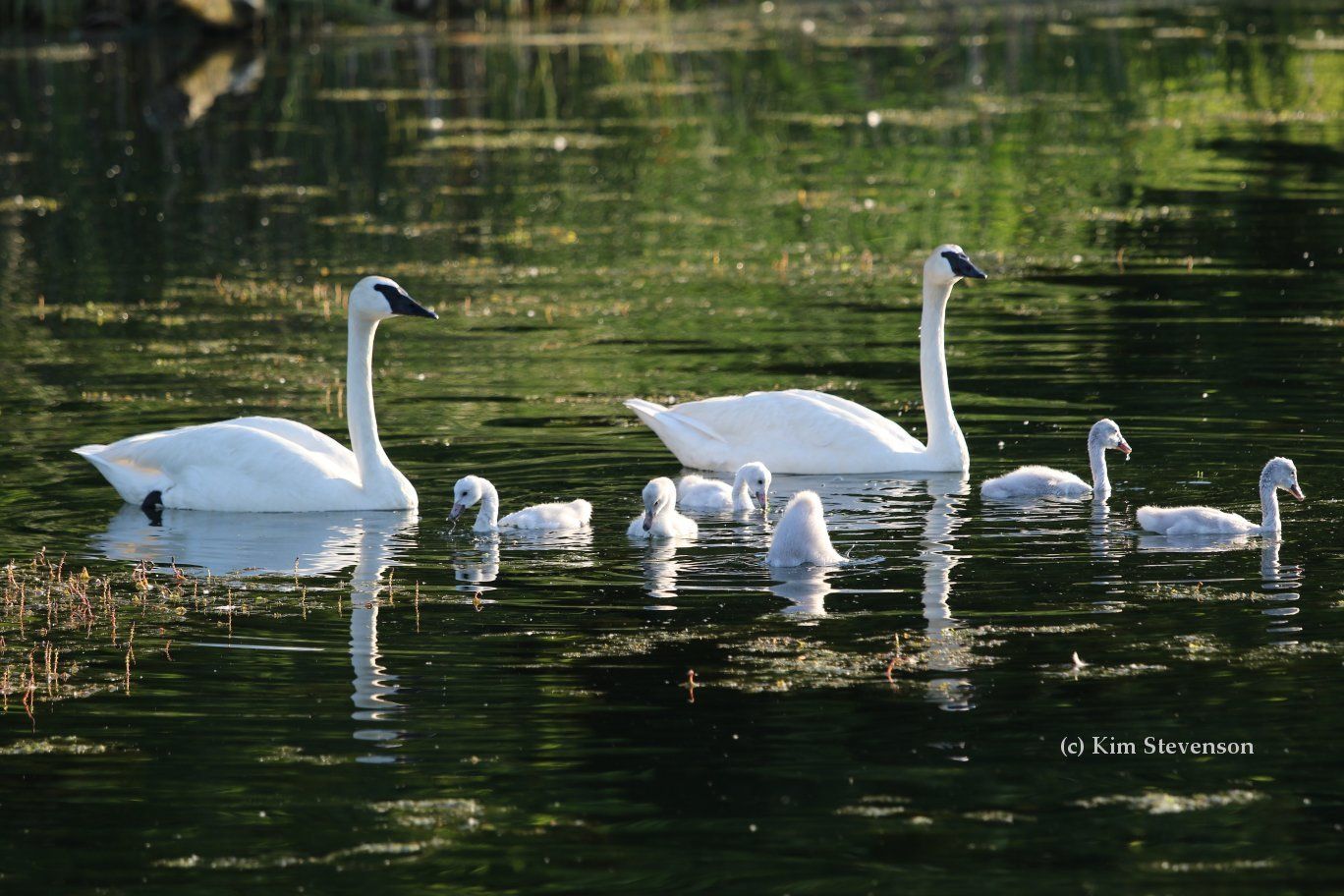 If you build it, will they come?

What better seal of approval could there be for your conservation efforts than to have a Trumpeter Swan pair choose your wetland and nest successfully?

How can you attract nesting Trumpeters? Sometimes the work involves constructing a new wetland or improving an existing site.

Sometimes, nothing more is needed than to prudently curtail human activities in the pond vicinity. This gives Trumpeter Swans adequate security for nesting and brood rearing. Can you imagine the thrill of fledging wild swans as the fruit of your labors and waiting eagerly for their return in the spring?

If you live in an area where Trumpeters nest and would like to explore the potential for your wetland to support successful nesting, helpful information is here. Two of Wyoming's foremost Trumpeter Swan biologists have written a wonderful guide for improving swan nesting wetlands that we highly recommend.

Our swan program areas include those portions of the United States and Canada that provide habitat for nesting, migrating and wintering Trumpeter Swans, including Alaska, the Yukon, the Pacific Northwest, the Rocky Mountains, the Great Plains of the U.S. and Canada, the Midwest and Ontario. 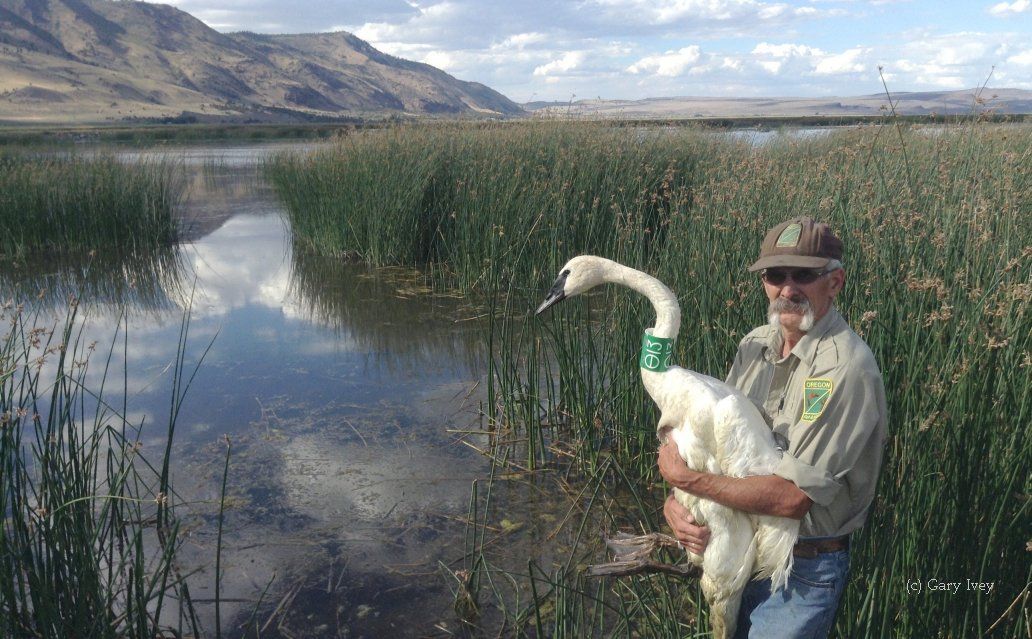 Through our donors' support, we are bringing back Oregon's natural heritage. Trumpeter Swans disappeared from Oregon by the late 1800s.

In 2009, driven by a reaffirmed desire to restore and maintain Trumpeter Swans in Oregon, we began releasing birds at Summer Lake Wildlife Area. Our goal is to restore a healthy, viable, and sustainable breeding population of Trumpeter Swans to eastern Oregon.

By 2020, we have three Oregon captive breeding pair partners. Cygnets from the partners are released into the wild at Summer Lake Wildlife Area.  We had reports of earlier-released swans from Summer Lake being reported in western Oregon, Montana and British Columbia.  The project is also tracking wintering swans using GPS/GSM collars to track their migrations and nesting sites.

With your help, we can continue this valuable partnership project.

Flock isolation is a serious habitat concern in the U.S. Rocky Mountain Population

We work with many partners on habitat security.  For example, decreasing winter habitat in the Pacific northwest is becoming a critical issue especially as dairy farm numbers decline.  Dairy farms provide waterfowl-friendly winter habitat as birds, such as swans, feed on waste grain, potatoes, etc.  The decreasing availability of winter habitat is a serious threat for the Pacific Coast Population of Trumpeter Swans. We are working with partners on this important and complex issue.

We are also working to reduce flock isolation in the United States Rocky Mountain Population, which we believe is one of the reasons for the low rate of growth of this population of less than 800 white swans despite decades of restoration and management efforts.

Participation at Flyway and related meetings

Your support makes it possible for us to attend North American Flyway meetings and participate in the Flyway discussions for each Population (Pacific Coast, Rocky Mountain, and Interior).

We are on the Swan Committee of each Flyway where decisions about Trumpeter Swan management and restorations are made.  We are your voice to assure the vitality and welfare of wild Trumpeter Swans in each Flyway and for each Population. We bring our decades of biological swan expertise to offer input and recommendations on swan issues.

We are on the Greater Yellowstone Working Group which works within the Pacific Flyway on issues particular to the United States Rocky Mountain Population, including distribution of cygnets for restoration projects (e.g., Oregon Restoration Project).

For 50 years, we have shared research and findings at our Swan Conferences that have been integral to agency restoration programs and management decisions. We also help to fund swan research that informs swan managers' knowledge and decisions.

Our current research partnership projects when completed will give us and swan managers new knowledge about the breeding success of the High Plains Flock and a three year look at the use of the landscape by Iowa swans.

It is you, our donors, who make it possible for The Trumpeter Swan Society to assure the vitality and welfare of wild Trumpeter Swans.

Would you like to help our Restoration and Management programs? It's easy!

Updates about progress and partners in our restoration and management programs are shared through our member newsletter, Trumpetings.