'Swamp as sacred space': Save wetlands to save ourselves, say experts

The Marrow of Nature: A case for wetlands. This CBC broadcast, with its transcript, tells the story of how wetlands have been dismissed and even been the object of hostility, due to our agrarian past. "Wetlands are under increasing pressure — according to the Ramsar Convention on Wetlands, about 35 per cent of the world's wetlands have been lost since the 1970s — but those pressures date back far beyond the present day." Read more...

ONTARIO: See the photos and read the story of one photographer's experience watching trumpeter swans 'taking a bath'.

IOWA: "The Iowa Department of Natural Resources has identified a record number of trumpeter nests. The species was reintroduced in Iowa in 1993." Read the article...

On the road with Mike Drew: Charmed by the giant white birds

ALBERTA: "Trumpeter swans sound like, well, trumpets. Their calls are deep and loud when they want to make their presence known. Tundra swans have a much quieter call, higher pitched and softer. Another name for these guys is whistling swan." Read the article

Natural Connections: A journey through fall

WISCONSIN: Cable Natural History Museum Naturalist Emily Stone takes a northwoods journey. It includes an encounter with trumpeter swans, "Splashing came next- the sound of huge, webbed feet down a 100 yard runway, and finally the rush of air through feathers as the displaced pair appeared over the top of the trees. Having cleared that obstacle, the swans stopped flapping, arched their wings and glided down toward a dark lake before sending up a line of glittering spray. Silence descended as the moon rose." Read the article

"State endangered trumpeter swans have had to compete with the more common, non-native mute swans for nesting sites," according to conservation district officials."

NewYorker.com: "Swamps can protect against climate change if we only let them. Wetlands absorb carbon dioxide and buffer the excesses of drought and flood, yet we've drained much of this land. Can we learn to love our swamps?...It is in and around wetlands that the greatest blossoming of biodiversity has occurred—it is not too much to say that we owe our existence to this planet’s wetlands, including fens, bogs, and swamps. Our wholesale destruction of wetlands for the sake of a few decades of growing wheat, rice, soy, and palm oil has been breathtakingly short-sighted. Once again, we are shocked into recognition that most of us live only for the moment."

MONTANA: "For the second year in a row, a pair of trumpeter swans has produced a brood of six cygnets at the Lee Metcalf National Wildlife Refuge.

This is the fourth year in a row the trumpeter swan pair has hatched cygnets on the same remote pond at the refuge.

Before they arrived at the refuge north of Stevensville, there hadn’t been any documented wild trumpeter swan cygnets in the Bitterroot Valley since restoration efforts began decades ago to bring the huge birds back from the brink of extinction in the lower 48 states." Read more...

WASHINGTON: “When you see those swans come back every year like clockwork and they bring their families and they grow and they're growing in numbers and there's more of them, it's validation that they like it,” Gordon said. “How many people get to have that in society today? Almost none, certainly. You go, ‘Hey, I’m doing a good job being a steward.’ Well, how do you know that? Because the swan families come back every year, and they bring their kids.” Read more... 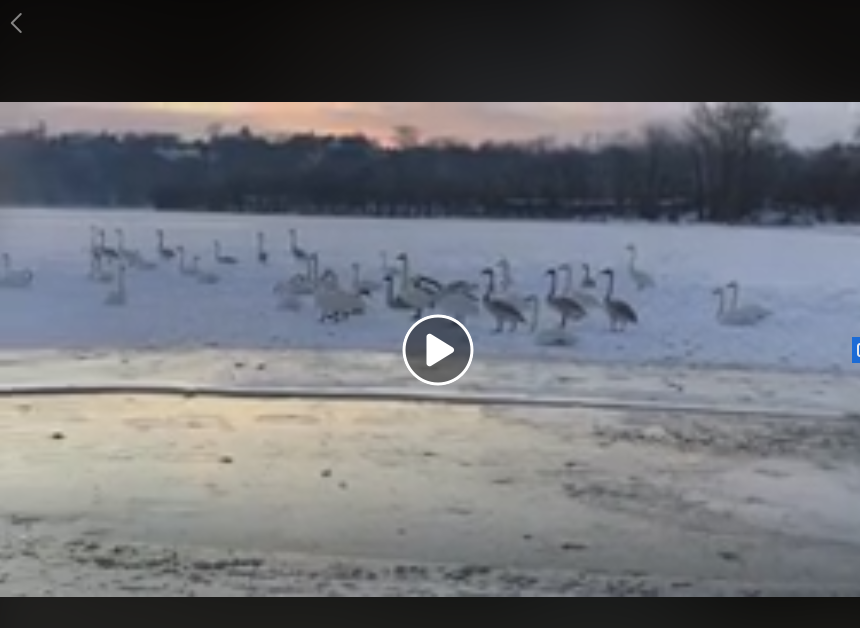 IOWA: Read about the rescue of a lone swan that was diagnosed with lead poisoning and safety measures that are needed to keep humans safe during winter rescues.