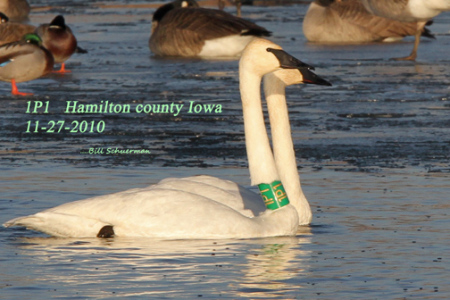 Additional swans left Beemer’s pond during the same time period when the winter snow and cold set it. It is hoped that the departing swans were led south to Arkansas by an experienced traveler, 1P1, and were able to learn new migratory routes.

Iowa collared swans reported out of state continue to trickle in from Missouri, Kansas, Illinois, Arkansas, Oklahoma and Kentucky.